At least once a year car owners have to make a choice of tyres. Some people prefer getting advice from consultants, someone – from friends, others trust reviews and surveys ... Viatti tyres are regular participants of various thematic rankings and recognized as leaders in their price segment. They have already got consumer acceptance, and now they compete as an equal with global tyremakers. However, what do we know about the brand, its history and plans for the next few years? 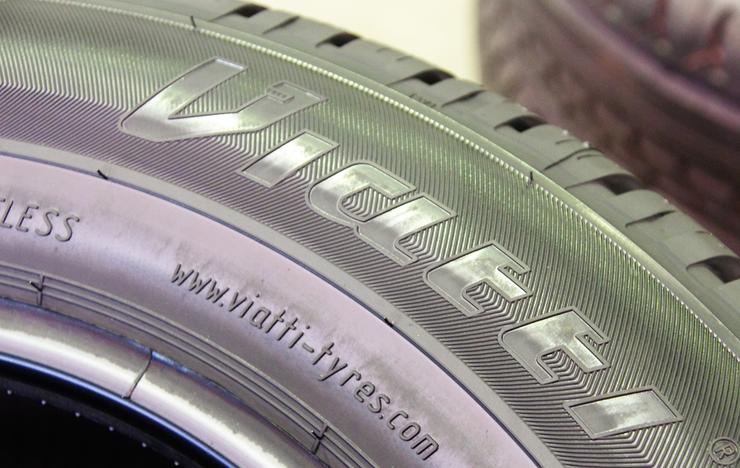 Conforming to the international standards


Viatti tyres are produced by KAMA TYRES complex, a part of Tatneft Group. In the 2000s the parent company set a very ambitious goal for the Nizhnekamsk tyre plant which celebrates its 45th anniversary this year: to develop and launch a new innovative range of passenger car tyres at the earliest date. New product should be equal to the global competitors’ tyres by performance characteristics as well as conform to the international standards of reliability and quality.

Scientific & Technical Centre KAMA developed a model range on the basis both its own know-hows and the best practice of cooperation with famous tyre brands and automakers. For that new tyre production, the plant bought modern robotized lines that global tyremakers used. In fact, it was a separate plant. The task of equal importance was to find reliable suppliers for inputs of high quality. Very few people know, but the tyre consists of a set of components, and its performance depends on each of them. For example, cord fabric and steel anodized wire integrated between layers of rubber compound are one of the main components responsible for the reliability of Viatti tyres and their load resistance.

Any possible component of the Viatti tyre construction is tested for compliance with the final product – from natural rubber imported from South-East Asia to textile fiber purchased in Turkey. Each lot received is checked. 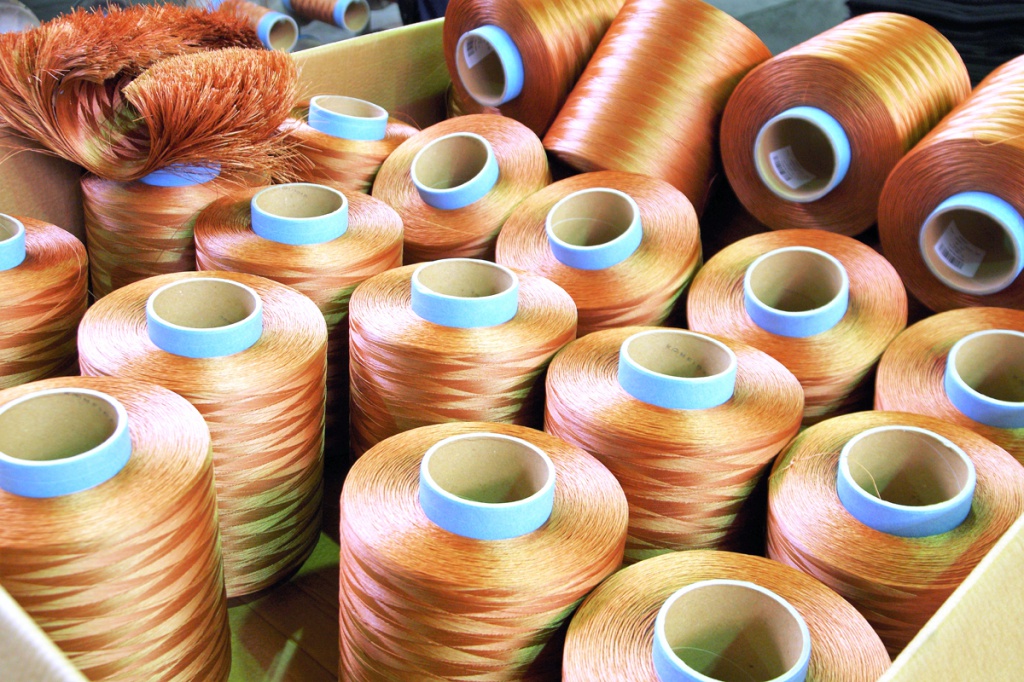 The new range has turned out to be unique. Viatti tyre combines good performance characteristics, “special” rubber mix, design, production peculiarities, and compliance with international standards of reliability and durability. Not only end-users, but well-known car makers rates high the products of the Nizhnekamsk plant. So since 2009, almost from the moment the first tyres left the production line, some famous European companies supply their cars of standard specification with Viatti tyres. For example, Viatti logo can be seen on Volkswagen cars, made on Kaluga plant, or on Ford Sollers, assembled in Elabuga and St. Petersburg.


From rubber mix to Viatti tyre


There are four key stages of tyre production: preparation of a rubber mix, components production, assembly, and vulcanization.

The first stage is the main and one of the most important, because the rubber mix in the modern tires’ construction is a key component, and it has an effect on the most of the performance characteristics of future products. Its composition is kept secret, because each of the components – natural or synthetic rubber, carbon black, chemicals – is essential to the production of rubber mix. The recipe of the success lies in their particular combination for each tyre model. 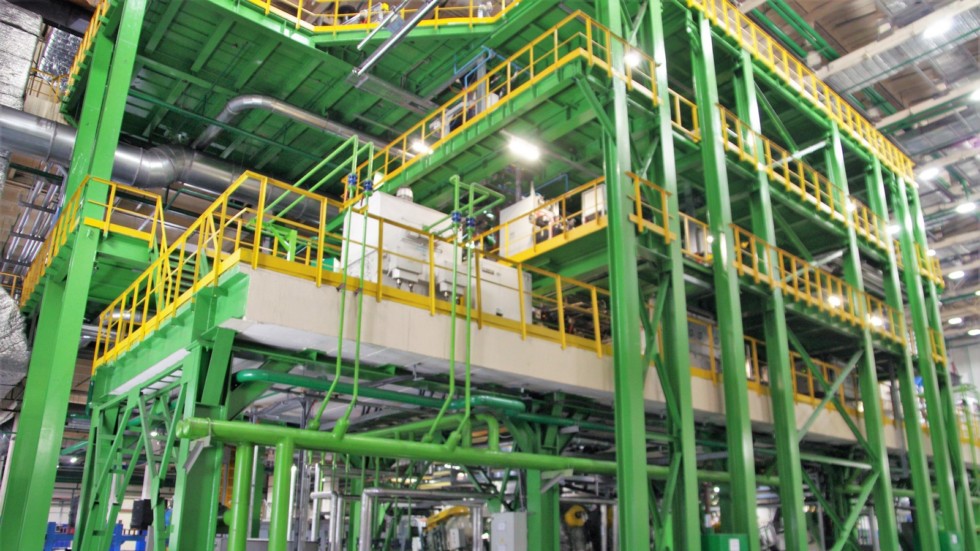 The process of preparation of a rubber mix at the Viatti plant is fully automatic. All operations - loading of components, subsequent mixing of them at a certain temperature, and rolling strips — are made automatically in one shop. Operators only monitor the process and its parameters, and, if necessary, change rubber formulations. 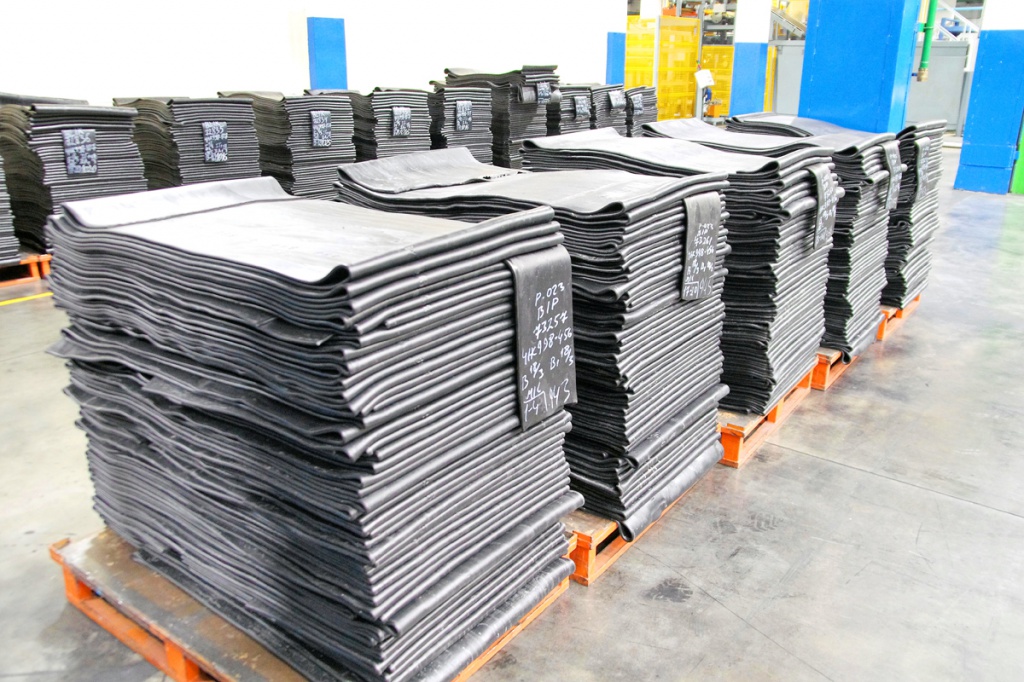 The finished production lot is piled and marked in a special way. Then rubber strips are delivered to the initial stage of assembling for extrusion molding of components and other semi-finished parts required for tyre assembling. Each of the eight Viatti models, including for light commercial vehicles, should have authentic original carcasses, breakers, treads and sidewalls.

The next to last stage is an assembly, where all components are jointed. And we get a compound product with various physical properties as a result. This “raw” tyre is delivered for vulcanization. 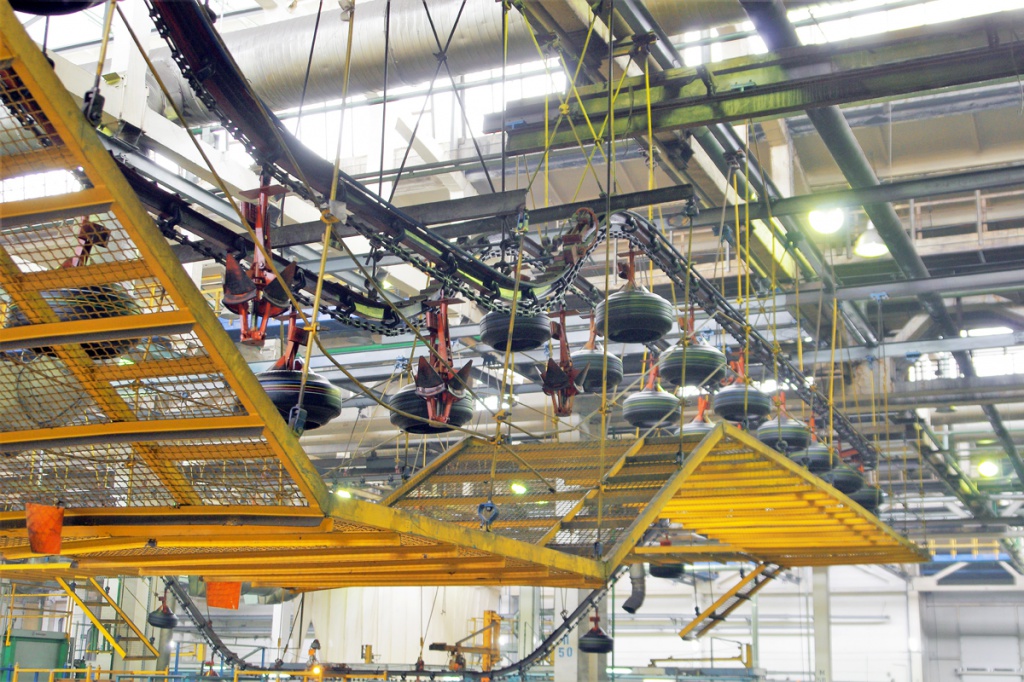 It should be noted that the site with drum building machines is one of the most spectacular on the production line. Unvulcanized multilayered tyre carcass is put on the heated drum rotating and changing the geometry. Then the cylindrical carcass is pressed on the sides, covered with some reinforcement elements and a tyre tread strip and delivered for molding and vulcanization. 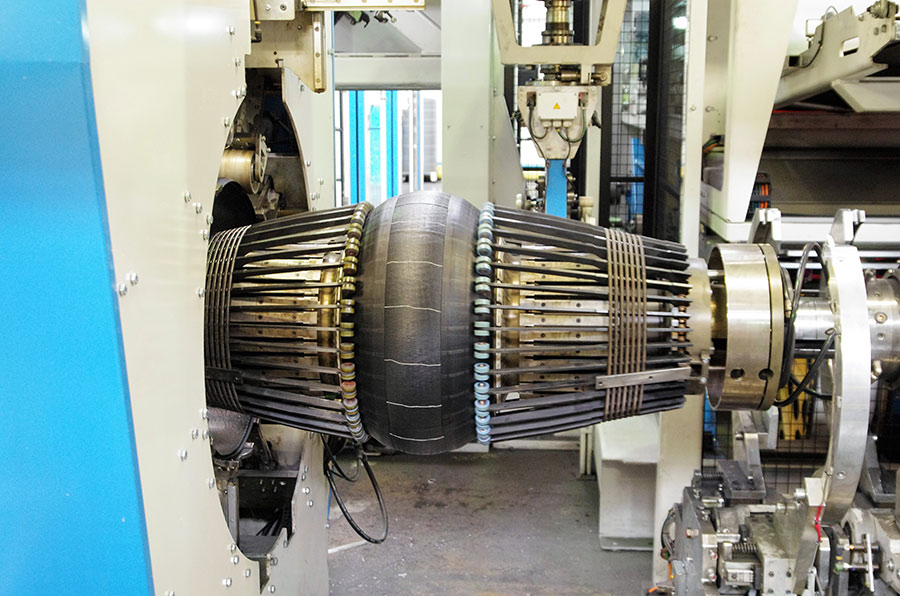 The stage of vulcanization, if to describe in a few words, is a process of pressing a workpiece with special swaging dies, the shape of which depends on the model and the size of the tyre being manufactured. The whole process, as well as the others, is fully automatic. Every few minutes a new Viatti tyre appears. The plant produces more than 30,000 tyres per day. 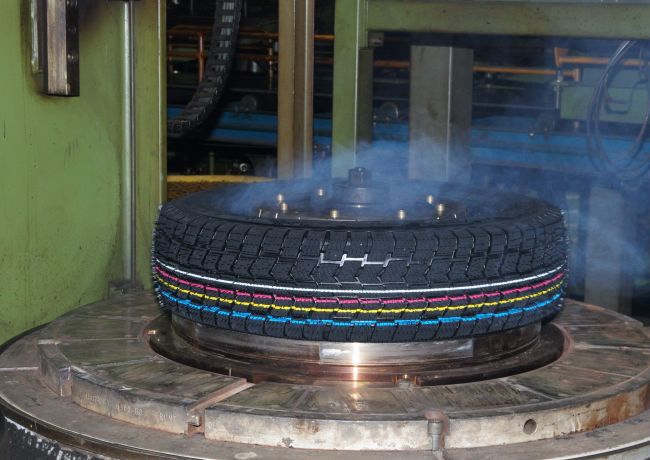 Modern tyres are used at high speed. That is why the most severe requirements are to the level of reliability and safety.

The modern control systems implemented at the production site of Viatti help to monitor the compliance with of all quality parameters and performance characteristics of the tyre at each stage of production. Finished products undergo geometric and balancing tests as well as dynamic and static checkout, including with use of X-ray machines. The compliance with the specifications is checked almost at every stage of production. Given the complex and multilayered construction of the tyre, the diversity of materials, this approach enables to identify any internal defects. All products that failed the quality control are to be recycled. The tyres intended for the factory package are tested additionally for the force variation. 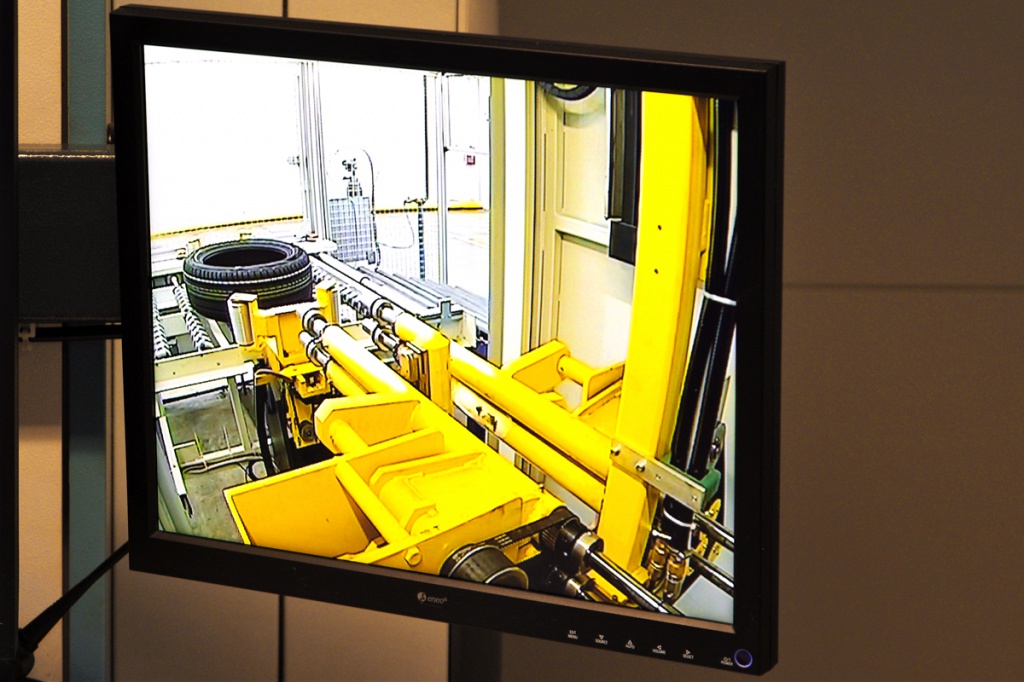 According to plans of increase in the production of Viatti, in May of this year one more automatic complex for manufacturing rubber compounds will be put into operation. Its capacity is 30 000 tons per year.

In general, by 2025 the total output should grow up to 6 million tyres per year. Besides, by 2020 it is planned to update the brand’s model range, which currently consists of the eight tyre line-ups, including the products for light trucks. There are 180 items in total. 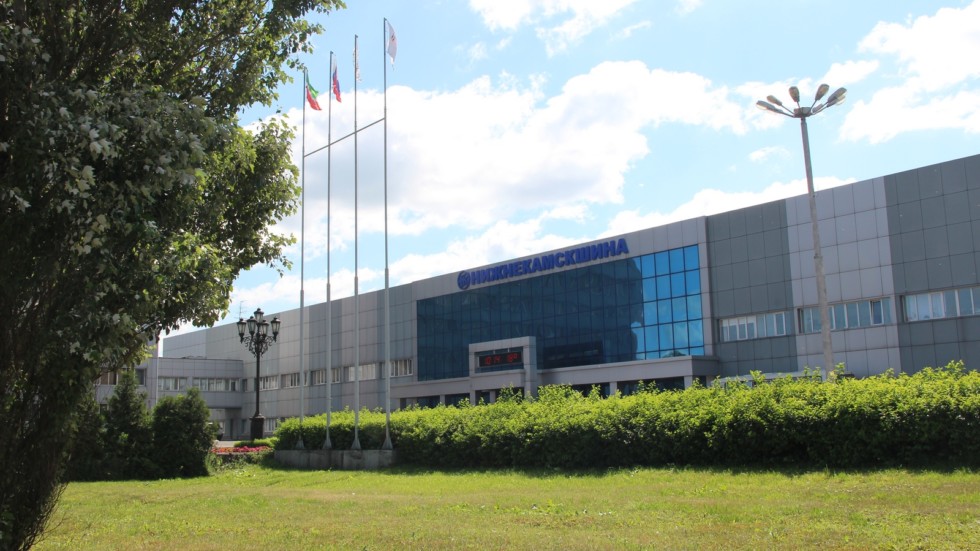